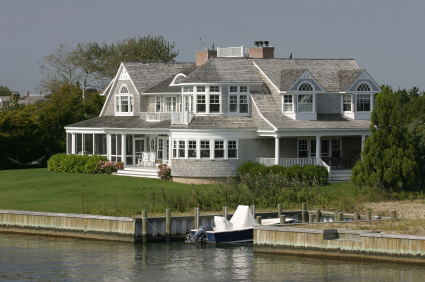 Recently a  buyer who was purchasing waterfront property in Rhode Island said when we were discussing what due  diligence should be conducted: I am sure the title must be fine; the property has been in the same family for years.

My response: “Well, let’s see; they are often the properties with the most title problems.”

And so it turned out.

The second title issue was sufficiently involved that it could not be straightened out until after the closing. The closing only occurred on schedule because we were able to procure affirmative title insurance coverage to provide protection to the buyers and their lender.

In additional to infrequently conveyed properties, another warning sign is when abutting properties are held by related family members. That was the case in the waterfront transaction I just mentioned.

It was also the case in another waterfront property situation where the owners wanted to confirm the existence of an easement they expected to be on title. Again, one of the owners said the title should be fine– it had been in the family for several generations and relatives owned abutting property.

Again, I was skeptical, and with good reason. That property, which had not changed hands in years, also had title problems.

And this was the common thread: no sales transfers in years, and family as abutters.

The reason that family members as abutters often give rise to title problems is that  “friendly transactions” between these abutting property owners are often not handled with the same scrutiny or diligence that accompanies an arms-length transaction between strangers, or at least unrelated parties.

For example, parents may transfer an easement or certain property to a grown child without using any lawyer or without using an experienced real estate attorney. The legal description may be in error, or the manner or method of grant may be defective. Without experienced eyes looking at it on the other side of the transaction, mistakes may, and often do, slip by.

While I am often consulted on waterfront property transactions because of the regulatory issues affecting waterfront property, which is some of the most highly regulated property in Rhode Island, I will also pay particular attention to title issues when I see that the property has been held in one ownership for a protracted period of time, and particularly where I am told family members are abutters or this is a family compound or something similar.

And sometimes the regulatory issues can also become title issues, as where uncured regulatory violations are recorded in the land evidence records.

In such cases, if there are plans to sell or finance the property in the future, I will suggest the owners engage a title attorney or title company to run title and issue a title report. This can provide significant benefit.

First, it allows the owners to determine if their title is problem free, and if not, it lets them know what is wrong and what must be done to cure it.

Title problems can often be fixed. But the hardest to fix are the ones you don’t know you have.

Do You Need A Survey?

Prospective purchasers of real estate, and many owners, sometimes ask whether they need a survey.…