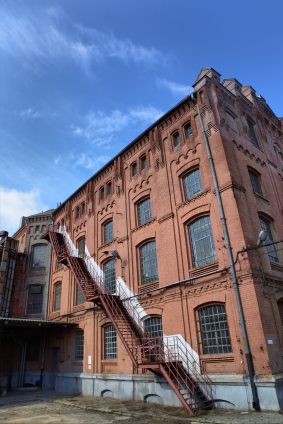 Some time ago I was walking a development project with the chief surveyor for a large engineering company, showing him the unit boundaries I wanted established for a client’s proposed land only condominium project.

After about a half hour of pointing out boundary and overhang issues to him and discussing the location of common elements, he asked: “So what’s a land only condominium anyway?”

And this was a surveyor and engineering firm that had done extensive condominiums projects!

I have had similar questions from lawyers, even experienced real estate lawyers.

The land only condominium is indeed neglected.

It is not surprising, as the Rhode Island Condominium Act makes little mention of land only condominiums, beyond their definition. R.I.Gen.Laws 34-36.1-1.03(17)

There you see the essential attributes of a land only unit:

Land only units are also mentioned in the section of the Condominium Act addressing the creation of condominiums, R.I. Gen. Laws 34-36.1-2.01( which will be discussed in more detail below) and they are mentioned sporadically elsewhere in the Act.

For all its obscurity, it is a powerful and versatile tool for real estate development.

Consider two representative projects where I have found land only units extremely useful.

A client purchased a large mill site it wanted to develop, but was unsure it had the interest in developing the entire project. The site consisted of numerous buildings, some connected but most stand-alone structures, and some open space for new building construction. The client was looking for a way to have the flexibility to develop the site in part and perhaps sell off the site in part for development. However, the local land use regulations prohibited subdivision of the property.

A land only condominium was the solution.

Secondly, each building and buildable parcel was designated as a land only unit. Unlike a conventional condominium, which cannot be declared until the buildings are substantially complete, the land only unit can be declared as it stands, and buildings either later constructed on the unit or rehabilitated on the unit become part of the unit. ) R.I. Gen Laws 34-36.1-2.01(b)  The owner could develop three or four units and sell off the remainder of the  units to other developers for development.

Under the new structure, financing was provided and the project successfully completed, with the client having ownership of the condominium pad site from day one.

So, the next time you hear someone reference a land only condominium, please treat it with a little respect!