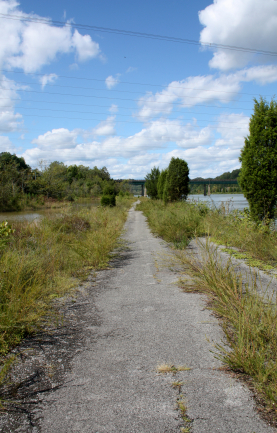 That was the question facing the Rhode Island Supreme Court when neighbors sued to claim title to a former road that clearly had not been used, maintained or repaired by the City of Newport for decades, and was in fact no longer functional as a road.

And it is the question many residents in many Rhode Island cities and towns confront when they seek to use former dedicated streets or roadways which either have never been put into actual use or actual use of which has been dormant for years and years.

The street at issue was the Washington Street Extension running northerly from the northerly end of Washington Street to the south side of Cypress Street, being approximately 50 feet wide. Established in 1915, it was used as a public highway until the late 1960s, when the construction of the Newport Bridge effectively made it dysfunctional, being a dead end.

Accordingly to neighbors, the street became “an eyesore”, falling into disrepair, littered with trash, overgrown with weeds, marred by potholes, etc. Neighbors also claimed the former street was used for teenage drinking and “sex parties”, although at least one resident refuted that.

Neighbors also asserted that the street had not been maintained by the City since the Newport Bridge was constructed, and plaintiffs stated they took over maintenance responsibilities.

The abutting property owners sought formal abandonment by the City and sought to purchaser the former street, without success. However, the abutting property owners entered into a Memorandum of Understanding (“MOU”) with the City, whereby they were given “non-exclusive access” to the property to maintain and improve it, but were precluded from excluding other members of the public from the street.

The abutters then spent approximately $27,000 improving the street by removing the asphalt, planting grass and installing curbs. When the City Council terminated the MOU, the abutters filed suit, seeking title to the street by virtue of “the city’s de facto abandonment of such property”.

In essence, the abutters were asserting that the town’s evident, obvious, and factual “abandonment” of the former street constituted an effective legal abandonment. Unfortunately, for them, and their $27,000 investment, the trial court and the Supreme Court disagreed.

The Court unequivocally held that the only way to abandon a street was under the statutorily established procedure, requiring formal town council abandonment, posting of “Not a public highway” signs, advertisement in a general circulation newspaper for three weeks, and a formal notice served on abutters. See R.I.Gen. Laws Section 24-6-1(a).

In other words, intent to abandon, nonuse, and “external acts to put that intention into effect” simply are not enough.

So, if you have designs on that “abandoned” roadway in your neighborhood, you may want to abandon them!

A New and Comprehensive Guide to Rhode Island Land Use Laws