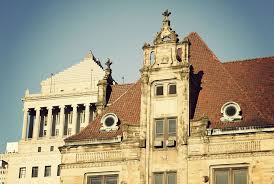 as published in the Rhode Island Bar Journal, November/December 2008

Bowing to budgetary constraints, the 2008 session of the Rhode Island General Assembly effectively terminated the Rhode Island Historic Tax Credit Program for all projects for which an application was not filed prior to January 1, 2008.

Since its effective date, January 1, 2002, the historic tax credit program enrolled 277 projects through June, 2007, representing an aggregate investment of $1.53 billion in QRE’s, according to a study released by Grow Smart Rhode Island on behalf of the 57 member Coalition for Neighborhood & Economic Renewal. See Grow Smart Rhode Island, “Rhode Island Historic Preservation and Investment Tax Credit, Economic & Fiscal Analysis” (2007)(Grow Smart Rhode Island is a state-wide non-profit organization which promotes alternatives to suburban sprawl and urban decay). The study concluded that as of June, 2007, the program is generating thousands of jobs and approximately $2.5 billion in economic activity for a state-estimated investment of $460 million through the year 2012. Id. Projects have been certified in 23 Rhode Island communities. Id.

But the program became a victim of its own success, with the Governor and the General Assembly focusing on the annual cost to the State Treasury. For that reason, the program was effectively ended by the General Assembly, providing that eligibility in the program is limited to applicants who submitted a Part I application to be certified as a certified historic structure by the Rhode Island Historical Preservation and Heritage Commission through its historic tax credit application process prior to January 1, 2008. See 2008 R.I. Pub. Laws 6 (2008-H8016 Substitute A, AN ACT RELATING TO TAXATION-HISTORIC STRUCTURE-TAX CREDITS) (the “Amendments”); R.I. GEN. LAWS § 44-33.2-3(a)(2008). The thirty percent (30%) tax credit is now available only for projects that were completed on or before December 31, 2007. The Governor had proposed that projects participating in the tax credit program would also be subject to a limitation on the amount of credits available, but this retroactive approach was rejected by the General Assembly.

A unique feature of the Amendments is that an applicant participating in the new program enters into a contract with the Rhode Island Department of Revenue, through its Division of Taxation. The purpose of the contract is to provide the guaranty of the State to the applicant that, in fact, the tax credit would be available from the State. See R.I. GEN. LAWS § 44-33.2-3 (b)(1). The development community insisted on this contractual guaranty, given the prior proposals for retroactive elimination of the tax credit. The development community was concerned that without this guaranty, the amount of credits could be subsequently reduced.

The contract specifically provides, at Section 12(a), that if the applicant “has secured a Certification of Completed Rehabilitation from the Commission, the Tax Division guarantees delivery of one hundred percent (100%) of the amount of the Tax Credit to the Applicant, pursuant to R.I. GEN. LAWS §44-33.2-3(b)(1), as a party that incurred Qualified Rehabilitation Expenditures for the Substantial Rehabilitation of a Certified Historic Structure…or to the Assignees of the Applicant….” R.I. Division of Taxation, Agreement for Historic Tax Preservation Investment Tax Credit § 12(a).

The contract further provides that it “constitutes a binding and enforceable agreement between the Applicant and the Tax Division” and that the agreement “and the rights granted hereunder shall be enforceable by the Parties through all remedies available at law and in equity.” Id. at § 12(c).

The Amendments specifically provide that both the contract and the credit itself may be assigned to an affiliate, without the consent of the State. For purposes of the contract assignment section, the term “affiliate” is defined as “any entity controlling, controlled by, or under common control with such person, firm, partnership, trust, estate, limited liability company, corporation (whether for profit or non-profit) or other business entity.” R.I. GEN. LAWS § 44-33.2-3(b)(1)(F).

The Amendments also allow assignment of the contract to an entity that is providing the QRE’s, but this assignment requires the consent of the Division of Taxation when assigned to a non-affiliate of the applicant, “which approval shall not be unreasonably withheld”. Id. Accordingly, a developer selling a project to someone that would actually be incurring the QRE’s would be allowed to assign the contract with the State to the new developer in order to facilitate the rehabilitation of the project. With regard to the assignment, in the event that a developer is selling the project and taking purchase money financing, the developer-assignor may wish to obtain some security for the payment of the remaining portion of the processing fee due March 5, 2009, and may also want to impose requirements to ensure that the new developer will do nothing that endangers the tax credits, such as violating the applicable regulations or failing to follow requirements for proper historic rehabilitation of the structure, in the event that the developer has to exercise its rights under its mortgage and take back the property.

With respect to the assignment of the credit itself, this right was unchanged by the Amendments and remains available to tax credit owners who seek to sell the credit in a private transaction for consideration. R.I. Gen. Laws § 44-33.2-3(e).

At the time that the applicant enters into its contract with the State, it must estimate the QRE’s it anticipates incurring in its rehabilitation project. It is this estimate which forms the basis for calculation of the processing fee and the tax credit. For example, estimated QRE’s of $2,000,000 would result in a $60,000 processing fee and a $500,000 credit if a 25% credit was selected. What happens if the estimates are poor, and the QRE’s are either higher or lower? What happens if the applicant abandons the project?

The contract with the State addresses the second question. The contract, at Section 5(b), provides that refund of the processing fee shall be granted if the applicant has abandoned the project and indicates in writing to the Tax Division that it no longer desires a tax credit. R.I. Division of Taxation, Agreement for Historic Tax Preservation Investment Tax Credit § 5(b).

Finally, the Amendments established a historic preservation tax credit trust fund which is to be maintained outside of the State general fund “for the purpose of reserving funds for tax credits issued under this section.” R.I. GEN. LAWS § 44-33.2-4.1. All processing fees are to be deposited in this tax credit trust fund, and the legislation further provides that the General Assembly “may cause sufficient amounts to be deposited into the fund equal to the amounts of credits under contract no later than September 1, 2008.” Id. (emphasis added). Note that the General Assembly is not obligated to make such deposits. The General Assembly also authorized the Governor to borrow such funds as are necessary to guaranty all obligations incurred under the contracts with the State. Id.

At the time the legislation was signed into law by the Governor on April 12, 2008, it was unknown how the legislation would be received by the development community, although representatives of the development community did work closely with the General Assembly leadership in crafting the Amendments. Based upon information provided by Grow Smart Rhode Island, it appears that many developers opted to salvage their credits rather than try to develop the projects without them. See Grow Smart Rhode Island, Chairman’s Report For June 19, 2008. According to the Grow Smart report, processing fees were paid on 82 projects in 18 different communities (with 48 of these projects being located in Providence). Id. Bristol had the highest number of projects (5) but Central Falls ranked second in the total aggregate dollar value of projected QRE’s. Applicants in the revised program estimated an aggregate of slightly over $1 billion in QRE’s, which would obligate the State to pay approximately $255,000,000 in credits. Id.

Grow Smart has also made it a legislative priority to seek rejuvenation of the tax credit program in the next session of the General Assembly.

We will see if history does, in fact, repeat itself.