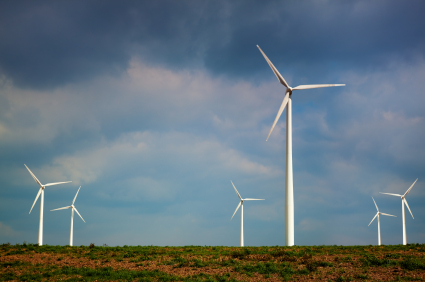 Wind at Their Backs

Well, not if you listen to government officials and environmentalists. Not only is it hard not to find some official praising renewable energy today on any given day, including the President of the United States, but policy actions are following rhetoric.

Witness Rhode Island, where the state has made a huge bet just on wind energy, spending millions for studies to create a first-in-the-nation zoning of the ocean, enacting a regulatory Ocean Special Area Management Plan designed primarily to “zone”  waters off Rhode Island’s coast to facilitate alternative energy development—wind energy.

And the U.S. Department of the Interior has just given final approval to the Cape Wind offshore windmill farm and also announced a new federal initiative to speed the permitting of offshore wind farms along the east coast.

But questions are being raised—by the scientists. And those questions are not only interesting, but for non-scientists may in fact be startling, as they are not positions heard in the general media.

Consider a study by Axel Kleidon, a scientist at the Max Planck Institute for Biogeochemistry in Jena, Germany, as reported in the Offshore Wind blog.

Accordingly to his theory, significantly increased usage of wind and wave energy could impact climate as much as current greenhouse gas emissions.

He also predicts that the more wind energy harvested, the more expected gains from building new large turbines will not be realized. In other words, there will be less wind than required.

According to the report in Offshore Wind, he is actually suggesting that large scale use of wind energy will deplete the reservoir of energy.

Perhaps renewable energy is not in fact renewable!

And while he also says that solar panels are the only viable solution, he acknowledges that they also contribute to continuous warming.

Another study of wind energy at the Massachusetts Institute of Technology has also raised some questions about wind power, finding that large scale use of wind power could increase temperatures on land by one degree Celsius, although reducing temperatures over water by one degree Celsius. The study, also reported in Offshore Wind, further concluded that the variability of wind power could necessitate significant power backup options, such as natural gas-fired power plants, which would of course also be expensive.

Again, these should be considered theories requiring further research and testing, and the MIT study’s authors say it should not be used as an argument against wind power, but rather as a guide to further research.

But perhaps this is one the policy makers should get on top of, sooner rather than later. For example, if it is more advantageous to foster offshore wind facilities rather than large land-based wind facilities, given temperature change impacts, or to consider the appropriate density of  wind facilities for the same reason, this would certainly be good to know.

After all, while it may be that it’s an ill wind that blows no good, a still wind certainly does no good.

Moving the Ocean Away From Waterfront Property Owners