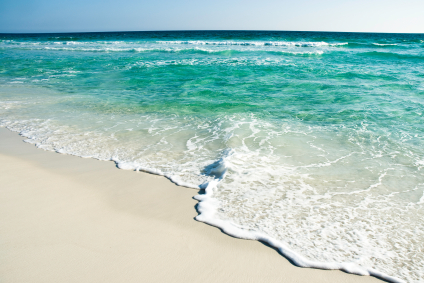 At issue in that case was whether a taking of waterfront property rights had occurred, and whether such a taking could occur by court order as opposed to legislative fiat. The Court did agree that no taking had occurred, but the Court couldn’t agree on much else, with a plurality opinion dueling with two concurring opinions on the judicial takings issue.

I will focus on the waterfront property rights issue, and suggest that you read the excellent positing on Dean Patty Salkin’s Law of the Land blog (June 23, 2010) for a thoughtful discussion of this interesting, and as yet inconclusive, judicial takings issue.

(For those not familiar with littoral and riparian rights jargon, reviewing my immediately prior posting on “Riparian Rights in Little Rhody and Beyond” may be helpful, as I define some of the terminology used by the Supreme Court in its opinion.)

What was at Issue in Florida?

In Florida, as in Rhode Island, the State owns all land below mean high tide, meaning the submerged ocean bottom as well as the land exposed at low tide. This leaves to the waterfront property owner all land above mean high tide.

(In Rhode Island, mean high tide is “the arithmetic average of high-water heights observed over an 18.6-year Metonic cycle” and “is the line that is formed by the intersection of the tidal plane of mean high tide with the shore”. State v. Ibbison,  448 A. 2d 728, 730 (R.I. 1982). A Metonic cycle is the period which begins and ends when a new moon occurs on the same day of the year as it did at the beginning of the last cycle. Id.)

At issue in the Florida case was a statute which allowed municipalities to petition the state to renourish beaches eroded by wave, and presumably wind, action. If the state agreed to renourish the beach, it would establish an “erosion line” which for the purpose of the case at issue was determined to be the mean high tide line. The state would them place fill seaward of this line, thereby creating new land.

Under Florida’s view, the newly created land was owned by the State.

It does not take an overactive imagination to guess the reaction of the “former” Florida waterfront property owners. It probably went something like this.

The answer, according to the U.S. Supreme court is “No”. In essence, the Court said, your facts are right but your conclusion is wrong.

Property owners argued they were denied two property rights attendant to waterfront ownership status—to receive accretions to their property (i.e. additions of land occurring over time) and to have their property contact the water.

Not so fast, said the Supreme Court. The Court found that waterfront property owners did not trump the rights of the State to create land by placing fill below (i.e. seaward) of mean high tide, and the Court pointed to the doctrine of avulsion under Florida law, where the sudden creation of additional land at the shore (as opposed to the long term creation of such additional land by accretion) did not change the waterfront property owner’s property line.

In other words, land which may be created by a storm dumping sand and rocks below mean high tide is land owned by the state; the property owner’s boundary does not change.

In its review of Florida law, the Supreme Court found no exception to this rule when the state itself created the avulsion by adding fill below mean high tide. That is, a sudden change in the mean high tide by artificial means (i.e. placing fill below the high tide line) has the same result as a sudden change in the line resulting from natural means (i.e. a storm), and the waterfront property owner is the loser, so to speak, in each instance.

Because  the State also owns all property below mean high tide in Rhode Island, one may be tempted to argue that the same result of “no taking”  would apply in Rhode Island.

While I have not considered this issue in any depth, I would raise some cautions to this conclusion.

First,  Rhode Island has well-settled historic case law, recently confirmed, that a waterfront property owner who extends his property seaward by placing fill below mean high tide owns title to that property in fee simple, provided such filling was done with express or implied state approval or with state acquiescence. Allen v. Allen, 32 A. 166 (R.I. 1895); Greater Providence Chamber of Commerce v. State, 657 A.2d 1038 (R.I. 1995). These cases of course refer to historic filling prior to the creation of Rhode Island’s Coastal Resources Management Council.

This case law could be used to argue that unlike in Florida, in Rhode Island an artificial avulsion does in fact extend the private property line seaward.

The counter to this may be that this occurs only in the historic cases, prior to the current coastal resources management statutes and regulations, when it is the landowner filling for the purpose of extending his shoreline, as historically this was done for purposes of creating wharves and docks, facilitating commerce, and for establishing other businesses and residences.

Such an approach would be entirely consistent with Rhode Island’s historic Public Trust Doctrine case law, although the impact of Rhode Island’s Coastal Resources Management Program remains to be seen.

However, if no one draws a line in the sand, we may never have to address the issue!