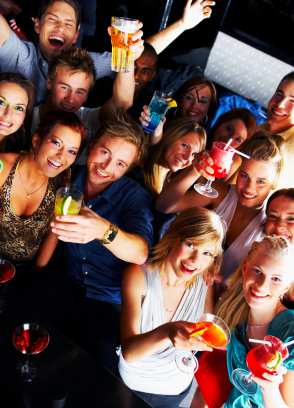 If you are a landlord, the First Circuit Court of Appeals has made it clear you may be liable for the overly exuberant merriment of your tenants if you own rental property in Narragansett, Rhode Island. And similar laws may be coming to other cities and towns in Rhode Island, Massachusetts, Maine and New Hampshire, given the green light provided by the Court.

The Court recently upheld a Narragansett ordinance which made landlords jointly and severally liable with their tenants and others organizing events, including social gatherings, which result in a violation of law and created a “substantial disturbance”. See URI Student Senate  v. Town of Narragansett, No. 10-1209, 2011 WL 17610 (1st Cir. Jan. 05, 2011).  (The ordinance is appended to the Court decision.)

Apparently the town felt the need to take action to control the partying of renters, and the ordinance it enacted gives some clue as to the behavior it was attempting to address.

“It shall be a public nuisance to conduct a gathering of five or more persons on any private property in a manner which constitutes a substantial disturbance of the quiet enjoyment of private or public property in a significant segment of a neighborhood, as a result of a violation of law. Illustrative of such unlawful conduct is excessive noise or traffic, obstruction of public streets by crowds or vehicles, illegal parking, public drunkenness, public urination, the service of alcohol to minors, fights, disturbances of the peace, and litter.”

And the authorities didn’t stop there. Not satisfied with just prohibiting what may be the mainstays of college recreational activities, they actually imposed fines for violations, and even increased the fines for subsequent violations ($300, $400 and $500), perhaps targeting slow learners. And court-ordered community service was also a weapon sanctioned by the ordinance.

Not only that, they implemented a notice posting requirement that was particularly controversial, and they cast a wide net for violators.

And those wily town officials had the notice printed in orange, causing the Court in a footnote to suggest it was reminiscent of The Scarlet Letter. (The Court noted in that footnote that there was no explanation as to the color and “the choice of hue” was “perplexing”. There I part company with the Court, as it seems the choice of orange was not at all perplexing but rather was selected for the same reason hunting vests are orange—maximum visibility; so police could readily identify a “party house”.)

Subsequent violations at the same house incurred increased fines and subjected to joint and several liability the property owner (but only after receiving notice of the first violation), tenants, organizers of the offending event, and participants in activity resulting in a public notice.

The Court’s decision swatted away a challenge to the ordinance arguing that the State’s Landlord and Tenant Act preempted the ordinance, as well as several constitutional challenges based on procedural due process, overbreadth, and vagueness.

Indeed, the Court only appeared to express reservations about the lack of a hearing before the Scarlet Notice was posted on the offending property and the possibility that the ordinance could potentially be applied in an unconstitutional manner. In considering the procedural due process challenge, the Court  noted as follows:

“We, like the district court, are uneasy about the absence of a hearing. In addition, we recognize that there are potential applications of the Ordinance that might impair constitutionally protected liberty or property interests (say, if the police were to enforce the Ordinance in an invidiously discriminatory way). But the appellants have brought a facial challenge, not an as-applied challenge, and the record is barren of evidence that unconstitutional applications have occurred. The mere possibility of the misuse is insufficient to invalidate an ordinance on a facial attack.”

What Can Landlords Do

Landlords joined the legal challenge to the ordinance, arguing that the Scarlet Notice made the house harder to rent, and could result in the loss of rental income. (The Court was unmoved from a constitutional perspective.)

If you own rental property in Narragansett:

If you own rental property in other localities where there are student populations or a large young rental market, as in the summer, such as Providence, Newport or Bristol, be alert for a similar ordinance being enacted and attempt to make it more “landlord friendly” as suggested above.

Oh, and for heaven’s sake, in any event, don’t join the partying yourself!

One of the most complex, and maddening, questions in land use law is how far…