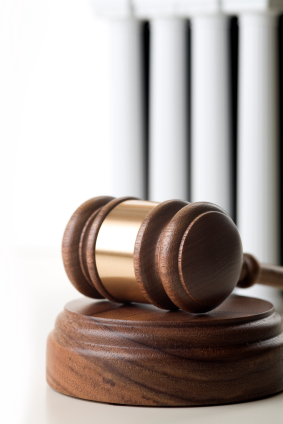 By statute, the Director “may in his or her discretion adopt, modify or reject such findings of fact and/or conclusions of law” by doing so in writing setting forth the rationale for the action.

That is significant authority, as the Director can not only accept or reject the hearing officer’s decision, but the Director may also modify it.

But legislation has been introduced in the House and Senate to remove this power from the Director. (See pending legislation.) This would appear to empower hearing officers, making them  the final decision maker at the Department level, subject to court review.

The legislation on its face gives no hint on the rationale for this change. And it is perhaps too early in the session to know if there is serious support for this pending legislation.

In that decision, the Court limited the ability of administrative hearing decisions to be made on anything but evidence presented at a hearing and subject to cross-examination. As the Court said, quoting from its prior decision in Arnold v. Libel:

“no litigious facts should reach the decision maker off the record in an administrative hearing” and if the decision maker “intends to consult any documentary source or person concerning facts or opinions about the merits of an appeal”, he or she must notify the parties so that they may “contest any such evidence” and “cross-examine any people consulted”.

The Long Arm of the Champlin’s Decision

Of course, by statute, the Director “shall have no communication, directly or indirectly, with a hearing officer relating to any issue of fact or of law on any matter then pending before said hearing officer”. (R.I.Gen.Laws 42-17.7-7)

The Champlin’s decision would appear to go further and say that any decision by the Director in reviewing a hearing officer’s decision must be based solely on the record of the hearing. Depending on the complexity of the matter and the length of the hearing, that could be a good bit of review and reading time.

And if the Director wanted to base his decision on anything outside the record, it would seem the Director would have to notify the parties and give them an opportunity to challenge any such evidence. That, of course, could result in more time-consuming review.

Who knows—perhaps a busy director would not find the proposed legislation so objectionable!

Cesspools: Phasing In the Phase Out

In the best of times, it’s hard to find anyone saying anything good about cesspools.…