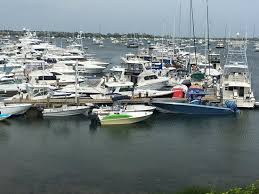 If there is a weakness in the Supreme Court’s thoughtful decision in the Champlin’s Marina case, in my judgment it is in the remedy imposed by a divided Court.  See Champlin’s Realty Associates v. Michael Tikoian et al. (PDF)

Recall that the Coastal Resources Management Council denied Champlin’s requested permit to expand its Block Island marina because the Council voted 5 to 5 on the application; a tie vote was effectively a denial.

The trial court found, after 23 evidentiary hearings and one show cause hearing, that the decision-making process had been infected with impermissible ex parte contacts, and some of these contacts by Council members were found by the trial court to evidence bias. The trail court’s remedy was to disqualify the votes of the three members she found evidenced bias, leaving a vote of 4 to 3 in favor of a permit allowing expansion, albeit not of the magnitude the applicant requested.

The Supreme Court rejected that remedy, holding that the proper remedy was remand to the CRMC for more hearings. The Court noted that one of the principal impermissible ex parte contacts, a compromise marina expansion plan prepared by CRMC staff at the request of the chairman of the subcommittee hearing the application, tainted the full Council vote on the application, yet that plan was never introduced nor subject to challenge.   Remand to the agency was thought to be the best remedy as it would allow for hearings on the compromise marina expansion plan.

Former Chief Justice Williams, who was sitting on this case because Justice Goldberg recused herself, concurred in the decision in part but dissented as to the remedy. First, Justice Williams phrased his objection as to “that portion of the majority’s opinion that suggests that our decision inArnold v. Lebel…..requires the Superior Court to remand a case in which ex parte contacts are found to have occurred to the administrative agency in every instance.” (Emphasis in original.)

Chief Justice Williams was correct to refer to this as a suggestion, as the majority noted prior precedent where the Court had refused to remand a case which had been pending for seven years because the parties have a right to have a matter decided in a reasonable period of time. But the Champlin’s majority distinguished that case because it involved only a single family house lot as opposed to the far more environmentally significant issue of significantly expanding a marina in Block Island’s sensitive Great Salt Pond.

Chief Justice Williams found that the remand to CRMC would have resulted in the matter not being resolved in the seven year time period the Supreme Court had found excessive for a petitioner to wait for resolution. He would have upheld the trail judge’s decision, without the necessity for more hearings, bringing finality to the process.

What Right is Being Protected?

There are a lot of business owners and home owners who may well agree with Justice Williams.

As lawyers are taught in law school, “Ubi Jus Ibi Remedium” – “Where There is a Right, There is a Remedy”.

But when the remedy is nearly endless hearings, one may question just what is the right being protected.

Getting Out of the Flood Zone

Given it is Hurricane Season, it is appropriate to ask whether Rhode Islanders are any…